GUNUNGKIDUL, YOGYAKARTA-Disaster Management Center (DMC) Dompet Dhuafa is currently setting up a Disaster Response Resilient Area (KTTB) in four points in Indonesia, one of which is in Gunungkidul Regency, Yogyakarta, Wednesday (11/16/2022).

In 2022, Dompet Dhuafa’s Disaster Management Center (DMC) planned four locations for Disaster Response and Resilient Areas. First, there is Pacitan Regency, precisely in Sidomulyo Village. Second, it is in Ciliwung. Third, in Gunungkidul Regency, Yogyakarta, and Fourth, in Kaliurang Village. 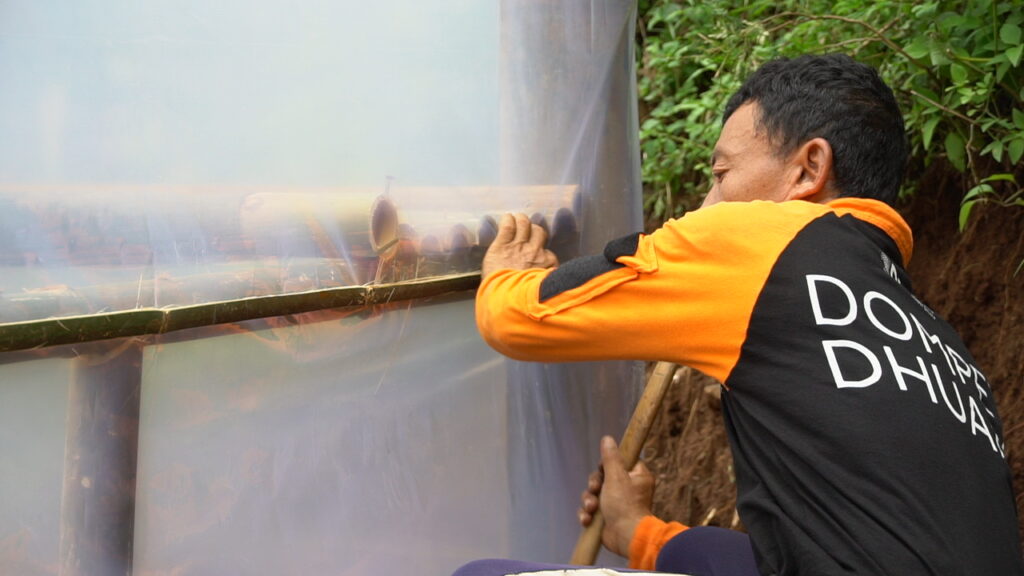 It is known that precisely four years ago, Gunungkidul experienced a water shortage and only relied on tank water from government assistance, non-governmental organizations (NGOs) and specific institutions. Meanwhile, in Gunungkidul Regency, people use water for domestic needs from groundwater and rainwater.

“Telling stories about water, springs, of course, we hold conservation, we hope that with the presence of water trees, it can seep into the ground,” explained Sukiyana, the Head of Environmental Activist of Gagan Hamlet.

“For the current one, as usual, in the dry season, the water is getting less and less but not running out. In the rainy season like this, the water is abundant, but the water quality comes from groundwater which is not suitable for consumption,” Sukiyana continued.

Gunungkidul Regency is one area with the potential for Karst landscapes. The Gunung Sewu Karst landscape area in Gunungkidul is a unique ecosystem. It is part of the unique natural tourism wealth that strengthens the area’s attractiveness, including UNESCO-recognized geopark reserves such as the Mulo Karst valley. However, the Karst Area has the potential for abundant groundwater sources. Such groundwater is concentrated in passages or cracks that are underground. One of the advantages of Karst springs is the long delay time between rains so that some Karst springs will have a large discharge during the rainy season.

“Since the presence of DMC in Padukuhan Gagan, Alhamdulillah, yesterday we were assisted by a drilled well, which until now we can enjoy the results. So for water needs, it is still safe,” said Sumanto.

Furthermore, Sukiyana hopes that the people of Dagan Hamlet can be more independent, care for and maintain the facilities provided, and even help other residents.

Meanwhile, Ahmad Baihaqi, as the Community Resilience and Advocacy Program manager, hopes that the community will no longer experience drought and can take advantage of existing water sources. Ahmad also expressed his gratitude to the donors involved in the Gunungkidul KTB program.

“Hopefully, in this KTB Gunungkidul program, we have a dream that the people there will no longer experience drought. We can maximize the caves or water sources there. Also, we can do conservation so that the water sources remain sustainable and abundant,” explained Ahmad Baihaqi as Manager of the Community Resilience and Advocacy Program.

Indonesia has a Karst landscape characterized by distinctive and unique tropics. The Karst area stretches across Java Island, especially in the southern part, and is called the Gunung Sewu Karst. Gunung Sewu Karst is an international standard asset based on karst typology (holokarst-tropic) and karst class (class i, ii). (AMR/ DMC Dompet Dhuafa)