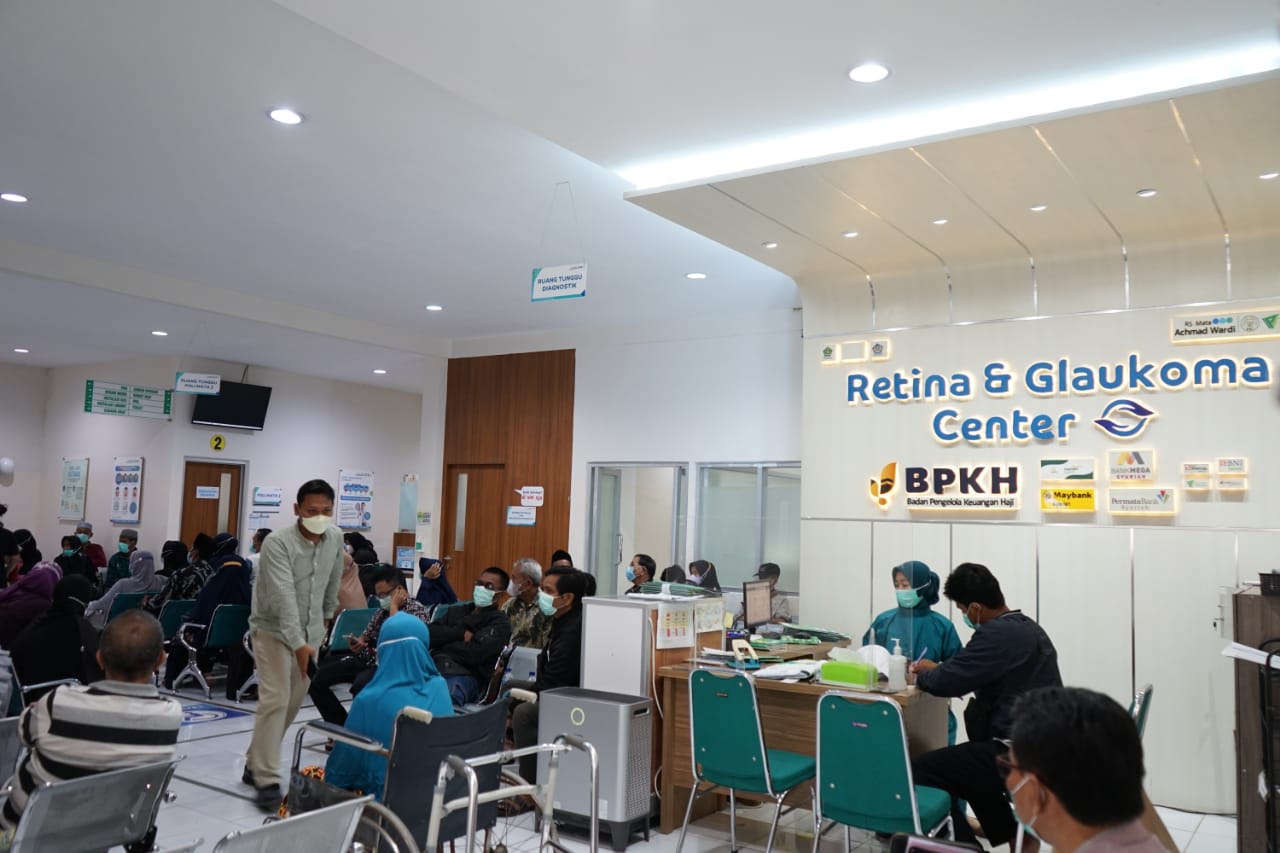 DID YOU KNOW? According to We Are Social research, currently internet users in Indonesia until the beginning of 2022 have reached 204.7 million people with a usage period of more than 3 (three) hours per day. This number means that the internet penetration rate in Indonesia reached 73.7% of the total population of 277.7 million people in early 2022.

On average, these internet users spend time surfing in cyberspace for work, play, social media, and shopping. Interestingly, the majority of Indonesian internet users are millennials. This is of course supported by the demographic bonus of the Indonesian people.

Meanwhile, according to data by the National Committee for Islamic Economy and Finance (KNEKS), as many as 20% of this millennial group have the ability to waqf. The Ministry of Religion also noted that the potential for waqf money in Indonesia could reach 180 trillion rupiahs. Unfortunately, the literacy rate of waqf is still very low. This is not comparable to zakat literacy which has been deeply rooted in Indonesian society even since elementary school. Of the potential 180 trillion waqfs of money, in fact, what is currently collected is only 1 trillion rupiah. Dompet Dhuafa manages an 11-hectare waqf plantation that is empowered for the cultivation of dragon fruit, pineapple, and papaya.

“The development and literacy about waqf in Indonesia is still very lacking. Even the potential is huge. Especially, waqf of money. 180 trillion potential waqf money in Indonesia, only 1 trillion is currently collected,” explained the Director of Zakat empowerment and Waqf of the Ministry of Religion of the Republic of Indonesia Tarmizi Tohor at the Dompet Dhuafa Waakaferse Public Discussion at the Ministry of Religion Building, Central Jakarta, on Wednesday (5/10/2022).

For millennials, one way to start waqfing is to waqf money and waqf through money. Therefore, since 2019, Dompet Dhuafa as a waqf nazir institution has tried to attract millennials to be literate and willing to waqf through the WakeUp Waqf campaign, before finally turning into Waqferse. There are at least 4 (four) advantages that are an interesting consideration for the younger generation to start doing waqf. Let’s take a look!

Who doesn’t want his kindness to continue to be remembered even until he grows helplessly old? Well, with waqf, later the benefits of the waqf will continue to flow to the beneficiaries (mauquf alaih). These benefits can be in the form of the use of waqf assets or karitas benefits from waqf which is managed productively by Dompet Dhuafa. With the continuous flow of waqf benefits, the reward will also always flow to the wakif even though he has passed away. This is called jariyah alms said the Messenger of Allah.

“If a person dies, then his practice is cut off except for three things, namely: almsgiving (sedekah jariyah), knowledge used, or the prayer of a sholeh child” (HR. Muslim No. 1631).

For example, in Bogor, Dompet Dhuafa built productive waqf storefronts in the form of mosques, hospitals, and waqf-based accelerated schools. Local residents can carry out pilgrim prayers in this mosque solemnly and comfortably. In addition, residents can also seek treatment and get full-time facilities for free at the hospital. Meanwhile, the school is freely used to educate brilliant children from all over the area who are constrained by costs.As long as these waqf benefits continue to flow to the mauquf alaih, then the reward will also continue to flow for the wakif. 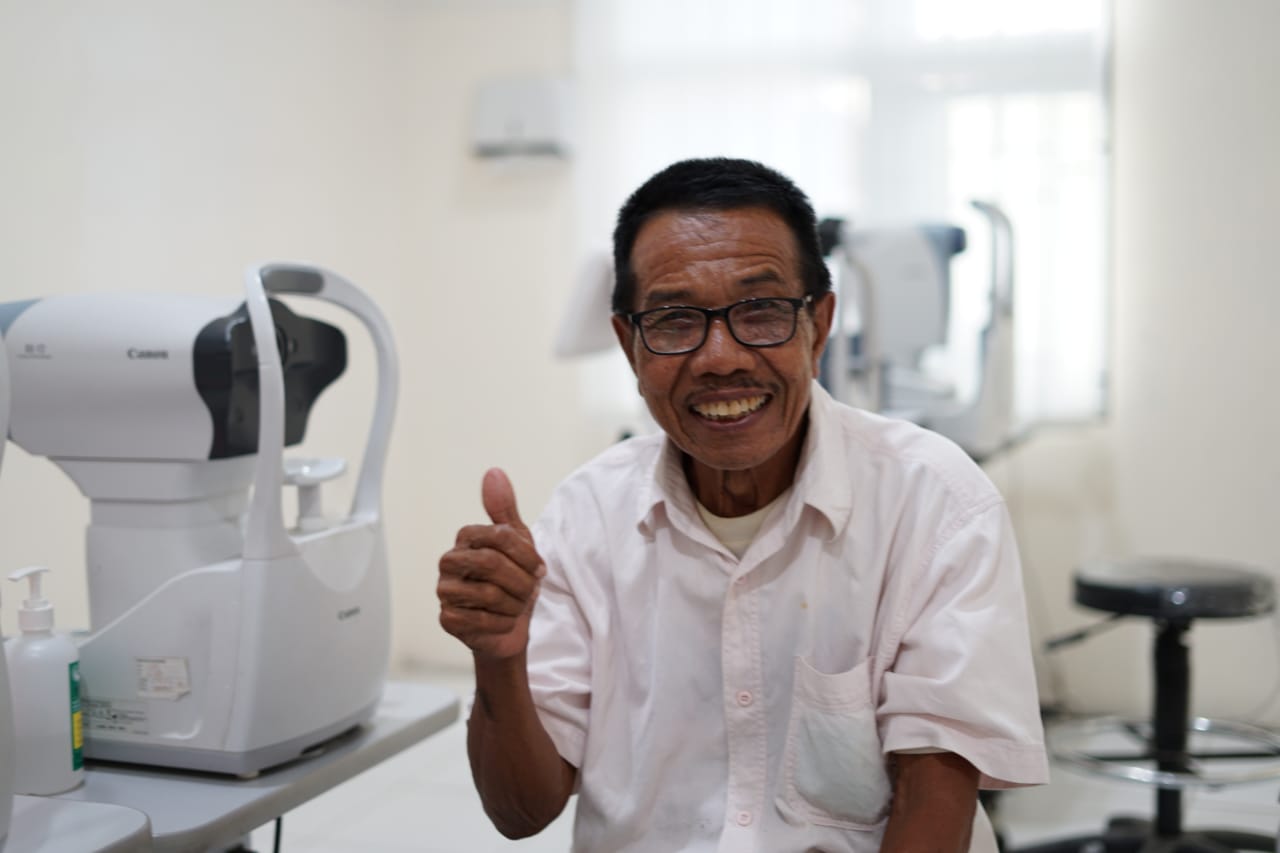 By giving waqf, indirectly a person will be trained to be a person who has empathy and social soul relationships in order to be more sensitive to the surrounding circumstances. This relationship is what Allah means by حبل من الناس. The high level of a person’s worship of his God (حبل من الله) will certainly not have any meaningful meaning when it is not accompanied by the quality of human relations.

In contrast to zakat which is karitas, the benefits of waqf are wider and able to help those who are in dire need. The absence of obligations in waqf will actually train the sensitivity and concern of Muslims towards themselves and others.

Actually, Waqf can help in the development of a country. Dompet Dhuafa manages waqf to build major state programs. For example, education in the form of free schools for underprivileged children, health in the form of hospitals and medical devices to treat the poor, spiritual by building mosques as a forum for carrying out the first Pancasila precepts, agriculture by managing farmland to hire dhuafa residents, to wells whose water is used by many people. So waqf means also participating in building the greatness of the nation.

In the heyday of the Ottoman Turkish Sultanate (Ottoman Empire), waqf developed very widely. The people were born in waqf-based houses, everyone sleeps on waqf asset beds, they eat and drink from waqf property, read reading books from the results of waqf development, study in waqf schools, worship in waqf mosques, and even get a salary from the results of utilizing waqf assets. Until when a person dies, he is buried in the waqf land.

Until now, there have been 7 (seven) waqf-based hospitals managed by Dompet Dhuafa to be used by underprivileged residents for free. In addition to hospitals, Dompet Dhuafa through the Wakaferse program is also inviting the public to waqf on 8 (eight) other main programs. Among them are Healthy For All, Free Ambulance, Pesantren Tahfidz Green Lido (PTGL), Da’wah Vehicle, Well Waqf, DD Farm Livestock Waqf, GreenHouse Agricultural Waqf, and Orchard Waqf.

The building of waqf assets will be landmarks of proof of the benefit of Islam for the entire universe (رحمة للعالمين). With the continued preservation of waqf assets and assets that flow benefits to many people, it will also expand Islamic Syi’ar to reach those who are reluctant to attend recitations. When waqf can become a habit for Muslims, it is certain that Islam will be more developed and developed.

These are the 4 (four) virtues of waqf that Muslims need to know in order to be more moved to echo the benefits of waqf. Now, waqf is getting easier and cheaper. Dompet Dhuafa came up with various innovations through digital platforms to bring the ease of waqf as a daily lifestyle. (Dompet Dhuafa / Muthohar)