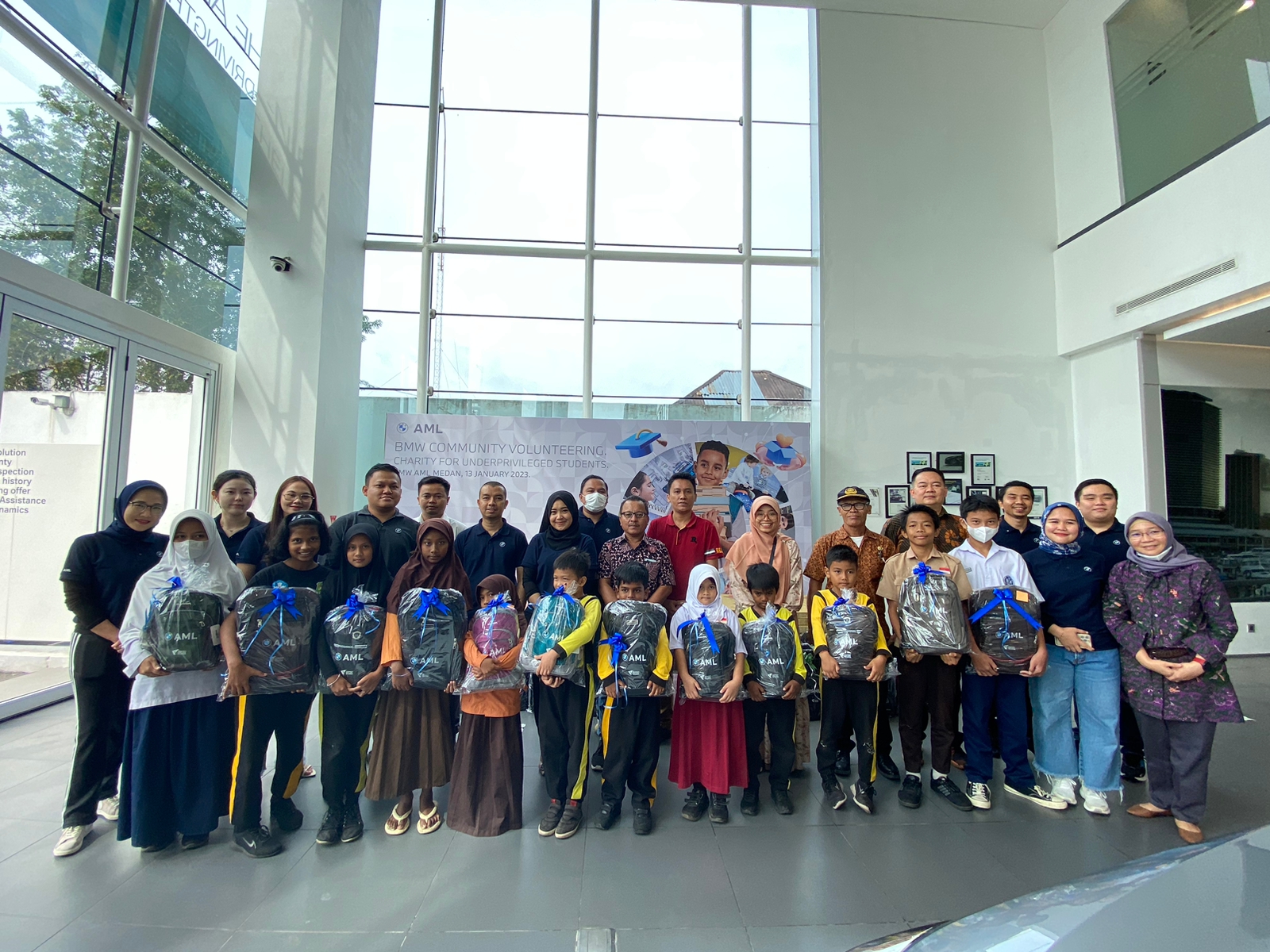 About this activity, the PIC Sales Manager of BMW AML Medan, Raja Omar, said that every year BMW AML holds charity activities, especially for the community around the BMW AML showroom.

“This charity activity is the third time it has been carried out. Previously, we distributed necessities and this year, we intended for school children by providing school kits,” he said. 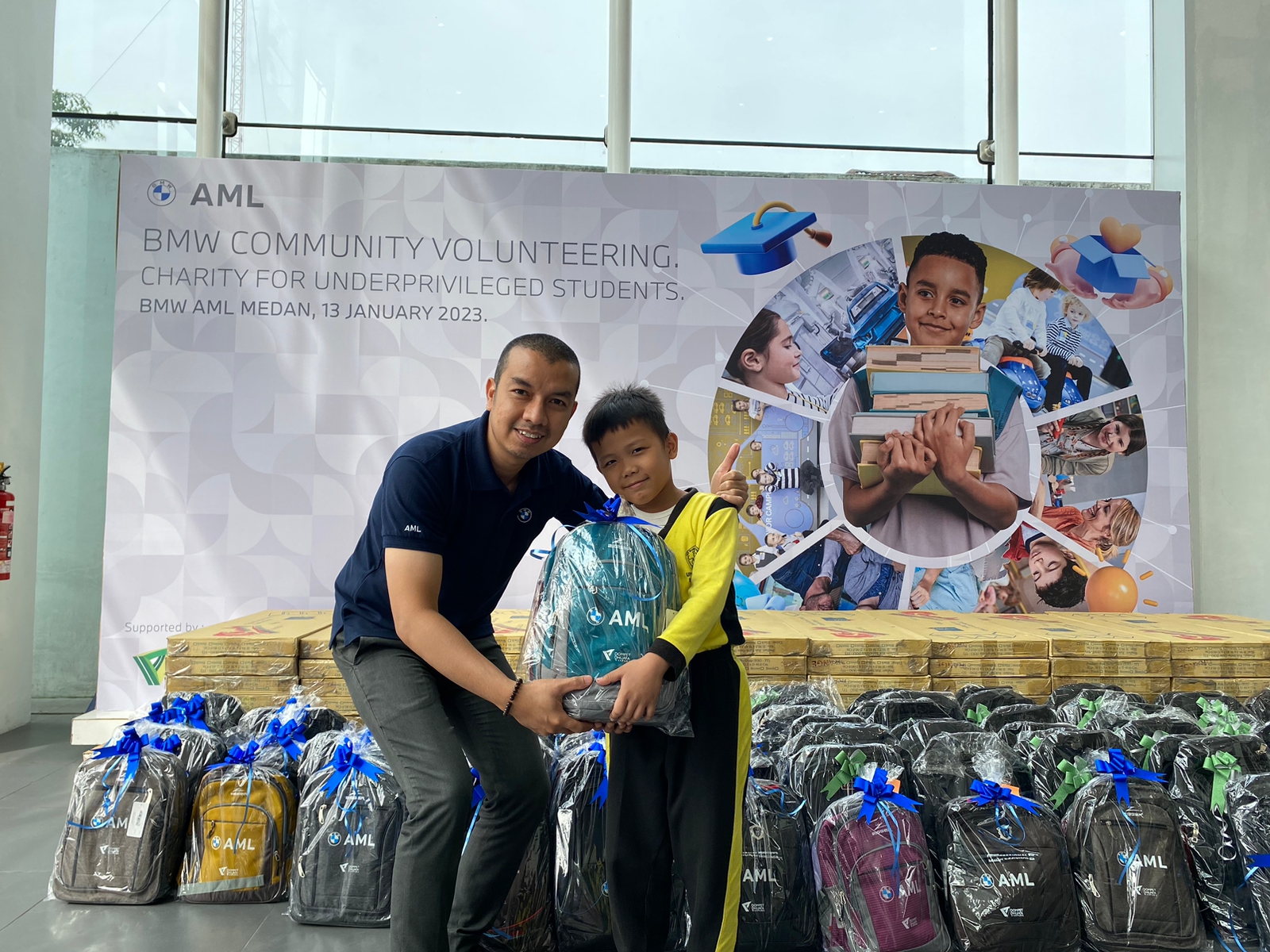 King Omar also expressed his hope that the school kit package given could be helpful to the recipients.

“You, as the successors of this school, hopefully, by being given a school package, you can be more enthusiastic about learning,” said King Omar.

In the future, King Omar also expressed his hope that this charity activity could continue.

“Together with the BMW AML customers involved in this charity, hopefully, the next year can be held again. And with Dompet Dhuafa, thank you for your cooperation,” he said.

“The school kit package was deliberately given in two locations, namely in anggrung village as the closest location to the BMW AML showroom and in Kampung Badur as the beneficiary location that meets the recipient criteria,” he said. 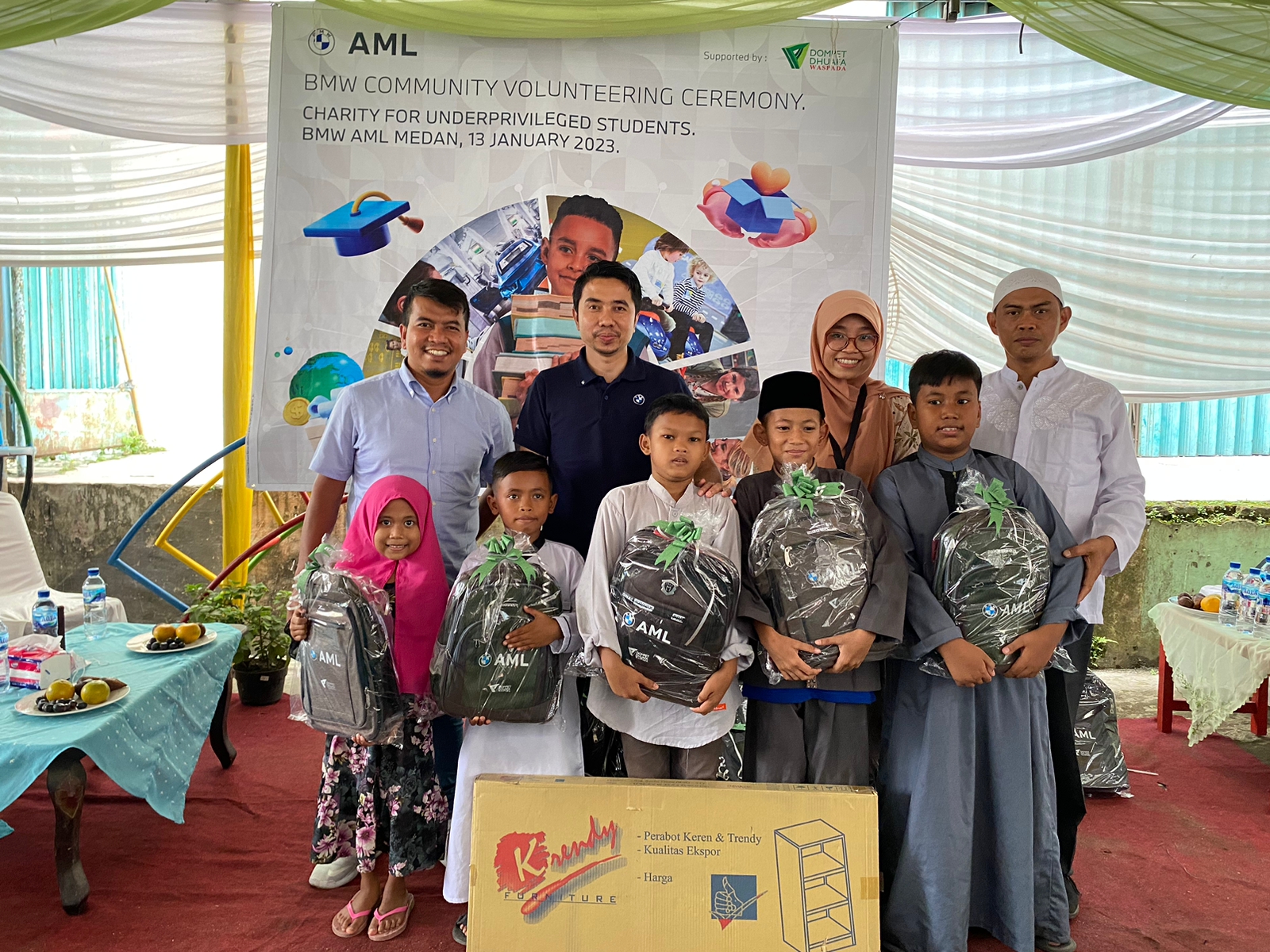 Halimah said this is done so that the school Kit package can be under the designation and on target.

“For the total distribution, there are 41 children in anggrung village and 59 children in Badur Village, so a total of 100 children,” explained Halimah.

Halimah also hopes that the package given can be used.

“With the re-implementation of this charity, hopefully, the collaboration between Dompet Dhuafa Waspada and BMW AML can continue in the following years,” he hoped. (Dompet Dhuafa/Alert)