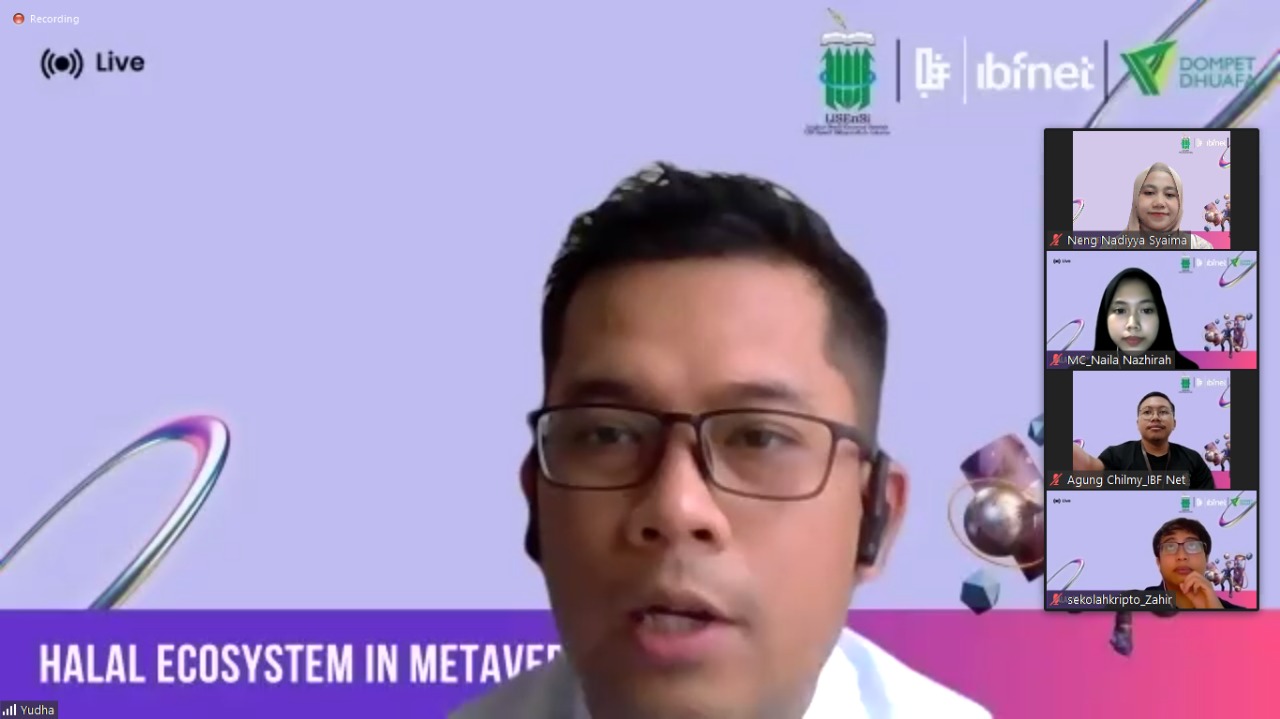 JAKARTA – Dompet Dhuafa with IBF Net Group and LiSEnSi (Lisensi) UIN Jakarta hosted a worldwide webinar on Thursday (12/1/2023) with the theme “Halal Ecosystem in Metaverse” in response to the rapid expansion of the digital world.

The anticipated metaverse will be future technology. This is because of the Covid-19 pandemic, which has prompted many people to become digital, altering the economy, employment, and education. Metaverse is the most recent virtual reality (VR) that does not require a computer and is becoming increasingly popular among the general public.

This webinar drew hundreds of participants from various institutions and universities in Indonesia, including professionals, students, media, and academics. This webinar examines the evolution of the Islamic economy in the digital ecosystem and metaverse, as well as sharing sessions for becoming NFT creators and public personalities in the digital world, as well as questions and answers regarding web 3.0, blockchain, and other topics. 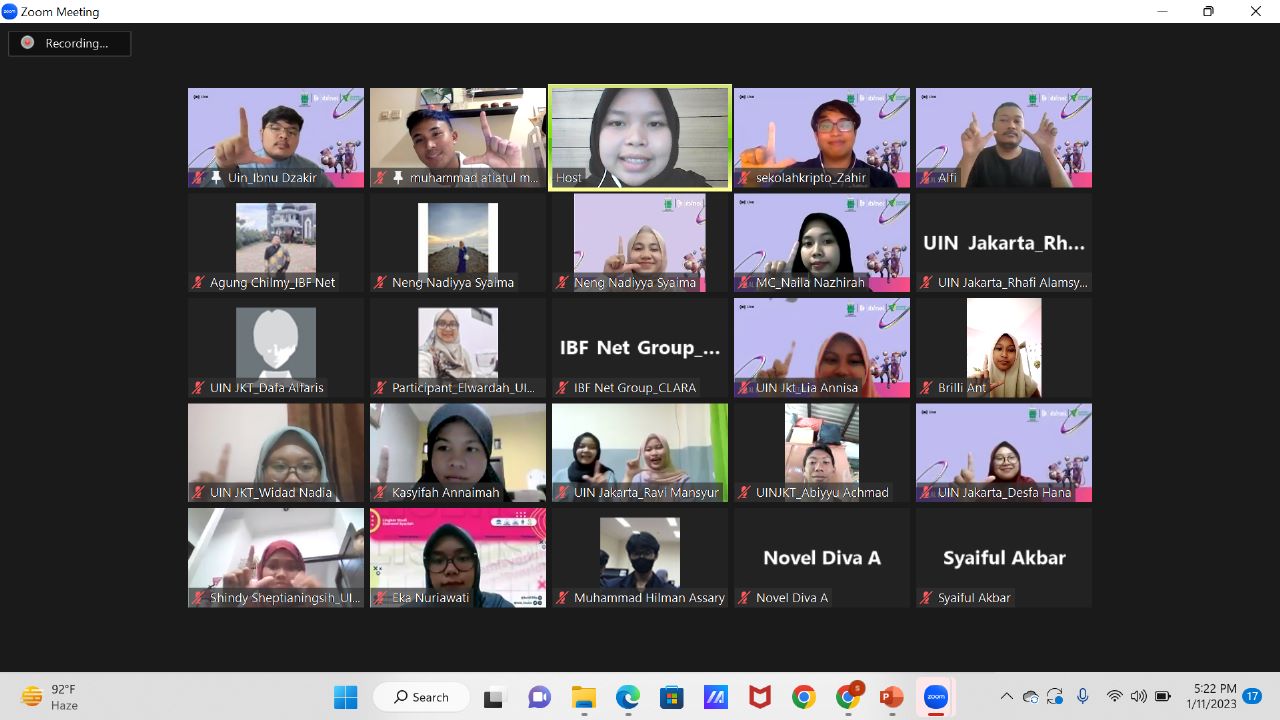 In his statement, Chairman of IBF Net Group, Dr. Mohammed Obaidullah said that IBF Net Group is ready to enliven the development of the metaverse industry in Indonesia. The Metaverse under development is a miniature expansion of the Islamic economy that is the focus of the IBF Net Group.

“This project consists of two components (namely) the metaverse for learning and the market-place. This initiation, is the first of its kind metaverse ever. This is because, IBF Net Group will apply metaverse technology to create a market that is in accordance with the faith and belief system of the Islamic community,” he said. 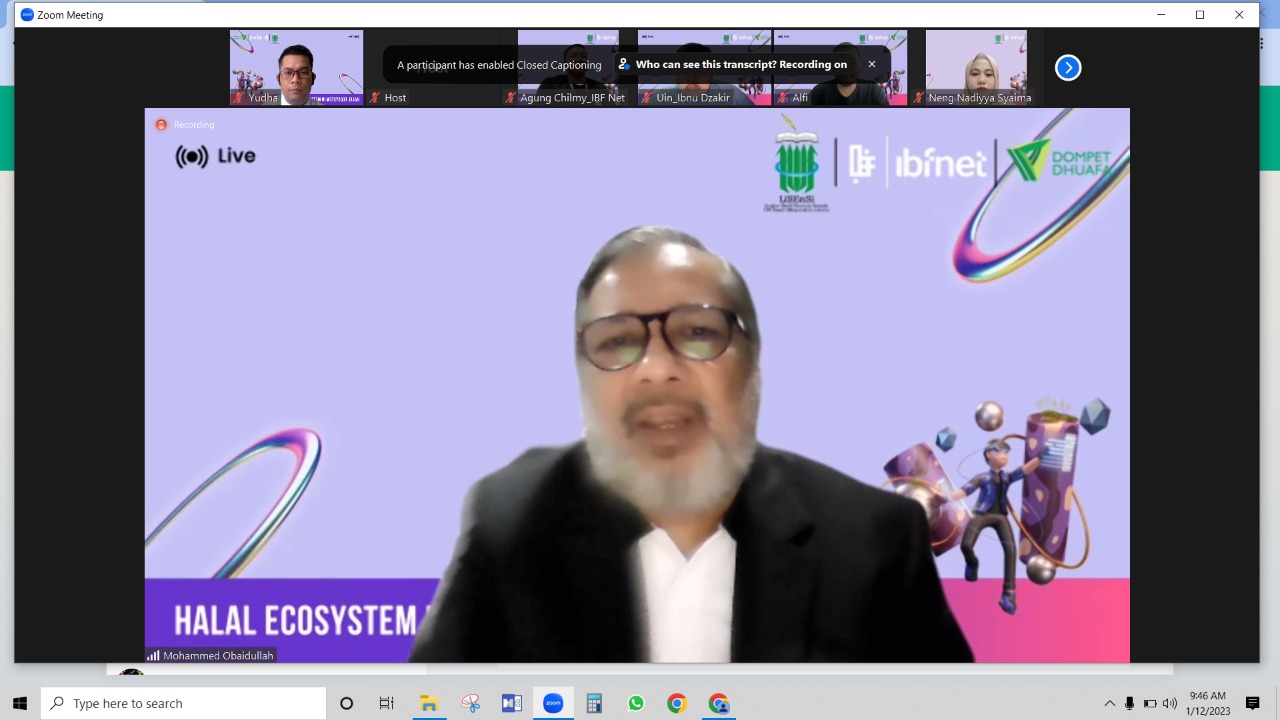 The Algorand Foundation fully supports the IBF Net Group project, which considers the cultural context, rules, and policies in Southeast Asia surrounding the metaverse industry. According to Dr. Mohammed Obaidullah, the project has two goals.

“We aim to create an open learning space about meta and make it a place to acquire and share knowledge anytime, anywhere. In addition, it creates an open market and meta marketplace to buy and sell with higher quality information and protection. Overall, the metaverse developed by IBF Net Group is an innovative project to create a sharia-compliant metaverse. This project further expands the idea of miniature Islamic economics in the web 3.0 world and demonstrates the potential of metaverse technology in creating a more efficient and humane market,” he added.

Dwi added that the development of the Islamic economic ecosystem in Indonesia is quite rapidly developing. This development is supported by the potential that exist in Indonesia such as: 86% of the Muslim population, the number of houses of worship, Islamic bank and non-bank financial institutions that are growing as well as the halal industry both in the fields of tourism, and culinary to halal fashion.

Furthermore, Dwi stated that students have a significant role in the development of the halal ecosystem, particularly as the frontline in public education connected to the digitalization of the Islamic economy.

Yudha Andilla, Dompet Dhuafa’s Retail Fundraising Manager, also stressed the younger generation’s need to respond to the advancement of information and communication technologies. “Hopefully, with the seminar earlier this year, it can provide enlightenment to the younger generation, especially students, so that they can take advantage of the development of digital technology as a means to properly and correctly represent and project themselves to the public, either directly or indirectly through digital media,” Yudha said.

The event, also attended by the web 3.0 community from Malaysia, was held free of charge. Interestingly, not only getting an education, participants can contribute directly to social projects from Dompet Dhuafa. In this event, donations were also raised through Dompet Dhuafa. The donation proceeds were fully distributed through the “Humanitarian Program to Help Cianjur Earthquake Victims” which was hit by a disaster last November. Dompet Dhuafa would also like to thank the organizers of this event, IBF Net Group and UIN Jakarta. Hopefully, this good collaboration will not only be at this time but can collaborate in the next opportunity. (Dompet Dhuafa/PR)