Almsgiving with the Intention that Prayers Be Granted, Is it Permissible Or Not? 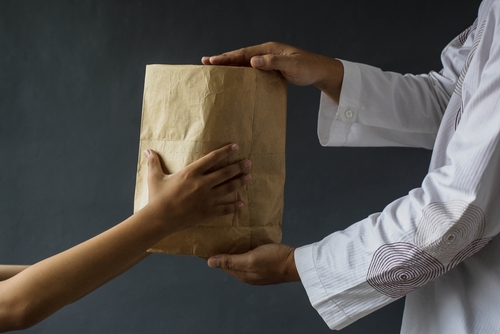 Almsgiving (Sedekah) is a pious charity favoured by Allah Swt. The reward for goodness for individuals who donate charity of their property is also stated in the Quran and hadith. Starting with double his recompense and food, being cleansed of his sins, being safeguarded by God till the end of the world, and having his age extended. Almsgiving brings a lot of good and ease, but what if someone plans to give alms so that prayers are answered, whether it is right or not?

Almsgiving For Prayers To Be Granted

Scholars agree that doing pious charity to achieve wants is permissible, according to the Practical Ziswaf (Zakat, Infak, Sadaqah, and Waqf) Handbook prepared by Ustaz Abdul Rochim LC. Reading the Quran, fasting, almsgiving, staying in touch, and other forms of religious charity are all acceptable.

This is known as tawassul or tawasul, which means drawing closer to Allah Swt by righteous charity. For example, by doing charity with the goal, He will answer their prayers. Scholars agree on three sorts of tawasul: tawasul with asma ul husna and God’s characteristics, tawasul with pious charity, and tawasul with living virtuous people.

Thus, if a Muslim has a wish or hajat and then gives alms to fulfill the wish, this is considered good charity. The trick is to offer alms to become closer to God, then pray and ask God for what we desire. Wallahu ‘alam bisshawab..

In Islam, there are specific almsgiving periods that might increase alms’ value. This is confirmed by the Prophet Muhammad’s hadith Saw Muslim history number 1713, which states:

As a result, it may be argued that there are three optimum periods for Muslims to give alms, notably: Giving Alms in Good Health and Not Dying

People in good health can engage in a wide range of activities, particularly those that seek material gain. A Muslim is advised to donate to charity under certain circumstances. Because, in this situation, some individuals are too lazy to spend their property on alms and believe they would have more time later.

Meanwhile, appropriate almsgiving is not practiced in dying or near-death situations. Because a person in this state will experience a feeling of urgency and will only consider alms in the expectation that the alms will be his helper in the grave. Furthermore, when the condition is terminal, almsgiving cannot be considered almsgiving but rather an inheritance treasure.

Almsgiving While Wanting to Get Rich

When a person is ambitious to get wealthy, he becomes miserly or stingy. Because all he could think about was how to attain the desired wealth. However, if a person intends to become wealthy and then offers alms, his alms will be of tremendous worth. Because he wants to enjoy his fortune while sharing it with those in need.

Almsgiving in a State of Fear of Poverty

Almsgiving in a position of poverty makes the activity more valuable in God’s eyes. The fear of poverty here might be regarded as when someone loses their work, resulting in a loss of money, when creditors pursue someone, or when someone suffers a loss for their business.

Due to the nature of tawakal, this condition will not be tough for persons of faith. A man of faith understands that God can do anything for his life, including make him rich or poor. As a result, even if he is impoverished, he will easily give charity, and his alms will be of great worth.

Those who desire to donate alms in an easy and practical method while still reaching the correct beneficiaries can do so by following the link below.